The origin of this adage is unknown, but I’d wager it wasn’t a typical (contemporary) American. The average American generates 56 tonnes of rubbish every year, which includes 500 plastic cups & 650 pounds on paper. If we lined up all the dump trucks which Americans fill within two years, we’d reach the moon! Just NYC creates enough rubbish daily to fill the Skyscraper.

The rubbish is not only unattractive, but it is also a climatic issue. Solid waste combustion and decomposition in landfills emit greenhouse gases and endanger environmental stability.

Plasma gasification, a revolutionary technology, may “eat up” all this waste, leaving just energy and precious minerals.

But not in plasma plants, where do we currently dispose of most of our municipal waste? In 2005, the EPA estimated that 32.1 percent of our recycling is the process. However, hazardous, industrial, and construction trash are not included in this statistic, which is closer to 10%. The other 90% goes to landfills or incinerators.

On and within a surrounding ecosystem are landfills (and their uglier cousins, dumps). Contrary to popular belief, landfills are not simply holes in the earth where rubbish is buried. Landfill sites must be carefully selected (bedrock composition is a major problem) and scrupulously maintained.  US municipal garbage ends up in a landfill.

Ensuring proper planning and maintenance does not reduce greenhouse gas emissions. Anaerobic breakdown of solid waste produces methane and CO2. Over the last decade, landfills have regularly emitted the most methane.  Despite the EPA’s encouragement, little or no methane has been recovered and used as a sustainable, green energy in the US.

Incinerators employ combustion to convert waste into ashes, gas, and heat. Incineration can handle trash too harmful for landfills, like biological and medical waste. However, the (sometimes poisonous) ash generated by incineration as well as other thermal methods must also be landfilled, posing health and environmental problems. The Global Alliance on Incinerator Alternatives (GAIA) says incinerators are frequently positioned in poor and rural areas with very little political influence, violating environmental justice.

The city’s daily 36,000 tonnes of rubbish is disposed of in incinerators and landfills. Only 12,000 tonnes are handled by the Ministry of Sanitation. A huge dump in Staten Island closed in 2002, and all municipal waste now goes to landfills in New Jersey, Maryland, Virginia Ohio and South Carolina. Private contracts & transport fees cost $90 per tonne of rubbish, compared to $35 in other states.

The Roosevelt Institute, a pupil think tank at Columbia, has highlighted a latest tech that may ease numerous garbage disposal issues, particularly in New York City.

Plasma arc combustion is the future of thermal treatment. An arc of plasma can be created by passing a voltage level current through a compressed inert gas at 30,000°F (three times the surface temperature of the sun). This arc can obliterate any waste – save for some rare, elevated nuclear wastes – or turn it into gases and an ore slag. The process is very exothermic, therefore the energy produced is surplus; once started, the arc “pays” for itself.

Syngas (emissions from gasification) can be sold on-site as hydrogen and other gases. Startech, a prominent developer of biomass gasification, claims that factories may make $15 every tonne of garbage processed by selling surplus power and hydrogen. This might help reduce the City’s yearly waste collection and disposal costs of $1.25 billion.

There are already plasma gasification plants in Taiwan, Korea, Canada, and England, with more planned. The Florida plants have two contracts, and Los Angeles is considering one.

A factory that processes 2,000 tonnes of waste every day, almost equivalent to a million people, costs $250 million to build. However, as Angela Lee and co-authors again for Roosevelt Institution highlight, in ten years of business the City would’ve been able to recoup the cost for construction.

The flamboyant CEO of Startech (and inventor of the garbage compactor), what challenges remain to public acceptance of plasma gasification. It was a universal issue, not only the formidable garbage disposal lobby and costly construction overhead.

Any “enlightened” country should rely on burning and landfills. What do they understand that we don’t? Things are changing slowly. In the meanwhile, proverbs will have to do. 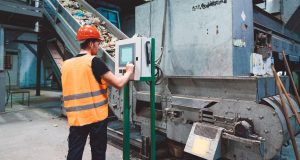 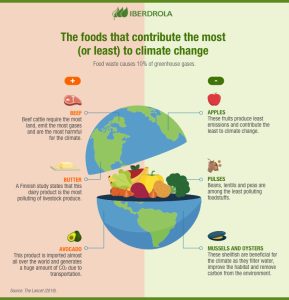